out
in
undetermined
Reset filters
^
Hide
Information about the selected individualX

Deaths at the Czechoslovak Border

At least 266 people lost their lives on the Czechoslovak border during the period of the communist regime between 1948 and 1989, and it's evident that their deaths were not accidental. This application shares the results of a project, Documenting Those Killed On The Czechoslovak Border 1948-89, which looks into the fates of these people. Based on detailed mapping of individual cases, you can choose your own perspective and thus assemble a story of this tragically deceased group.

If you have any questions, email zeleznaopona@ustrcr.cz. 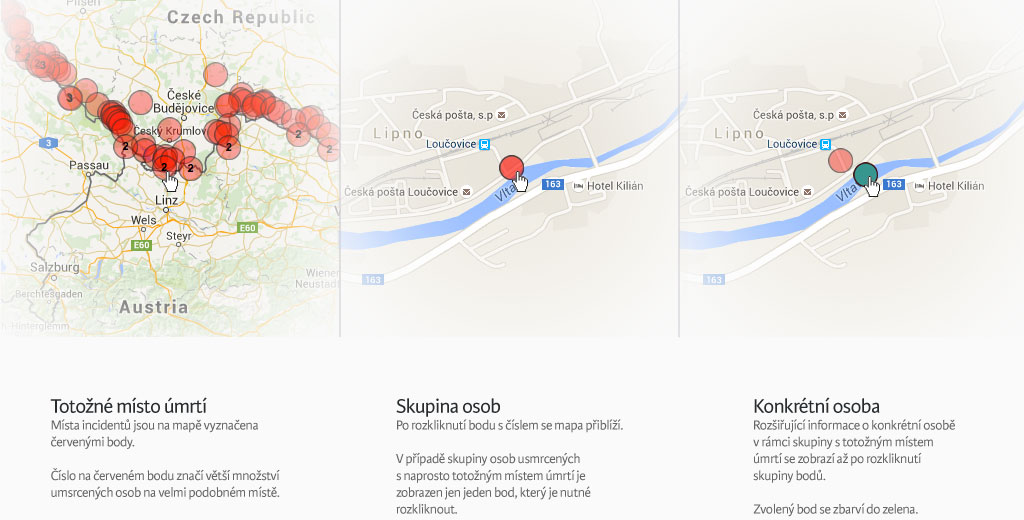